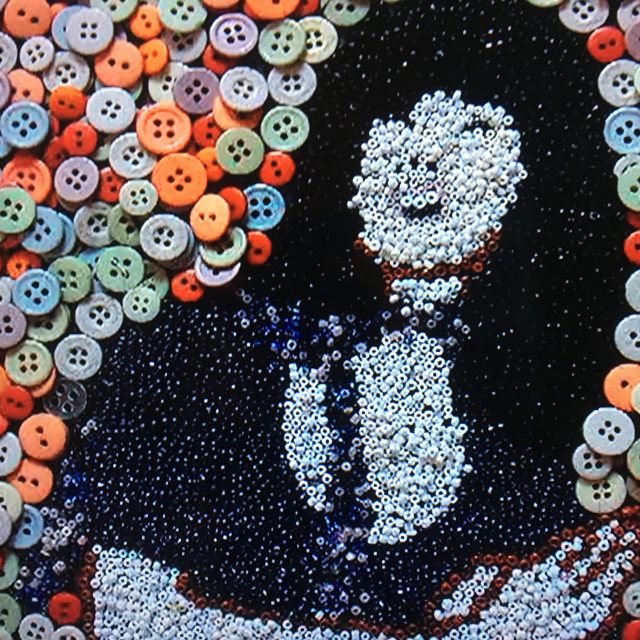 When motion picture cameras were invented in the 1890s, the resulting under a minute’s realistic moving photographs of an authentic or staged everyday life, public or sporting event, slapstick and travelogue of sights of far flung places had enough novelty to birth and blossom the film industry of simple cheap mass entertainment before that century came to an end.

This preference for moving videos over static photos is still very much alive in this day and age of smart phones: just total up the percentage of shares of the former over the latter via the diverse range of social media platforms, and the continuing runaway success of YouTube.

Yet Malaysian Hayati Mokhtar raises an epistemological question in the newly opened “Cinerama: Art And The Moving Image In Southeast Asia” exhibition at SAM at 8Q of the very enduring unthinking acceptance of this penchant. Her “Falim House: Observations” is a 10-channel video of silent and stasis still images, and of little that happens within the interior and surroundings of the derelict Ipoh-located titular mansion built by wealthy Malayan tin tycoon Foo Nyit Tse in the early 20th century; pushing into our consciousness musings over ‘Must a movie be of moving images?’

And by strategically positioning each of her 10 screens within compartmentalized cinema-hall darkened segments of 1 gigantic gallery space at 8Q, Mokhtar compels us to physically walk from 1 still screening to the seemingly motionless next to collectively build a ‘filmed’ narrative of the Foo’s family life hinted at by furniture, antiques and personal letters ‘symbolically’ left behind in their ruined Falim House; further querying the movie world’s given aim of eliciting an emotional response from an otherwise passive audience, even when IMAX and 3D technologies are increasingly used to enhance the cinematic experience.

Especially since video gaming became mainstream from the 1970s and 1980s with the advent of video arcade games and gaming consoles using joysticks, buttons and other controllers, along with moving graphics on computers; leading to the entrenchment of home computer games as part of popular culture’s modern entertainment in most parts of the world.

Born in 1978, Indonesian oomleo (a.k.a. Narpati Awangga) consequently pays homage to personally growing up in a generation fed on a visual diet of pixel art prevalent in the arcade games of the 1980s by creating this digital art form from the early 2000s; riding the resurgence of popularity it enjoys, given our current fascination with its retro aesthetic.

A reconfiguration of these created characters and objects in a new single-channel video narrative set to self-composed music, this artist, actor, musician and radio broadcaster’s “Maze Out” emphasizes the ease with which raster graphics software edits images at the pixel level; making its simplicity easily accessible by amateurs and professionals alike in generating endless possibilities of reusing and recycling in producing innovating new art; while it simultaneously asks if ‘old’ technologies can enjoy an infinite future alongside the latest inventions and innovations.

An emphatic ‘yes’ is echoed by Indonesian Tromarama’s “Zsa Zsa Zsu”, a stop motion animation music video produced for the Bandung-based Rock N’ Roll Mafia’s titular song about the electric connection and chemistry experienced when meeting a new love interest, as narrated from the male as well as female perspectives.

Using buttons of every form, colour, size and shape to compose this low-tech animation, it creates moving seemingly blurred and pixelated images; reminiscent of the nostalgically ‘indie’ early days when technology entered mass media; bringing to mind 1889, when the 30-second stop-motion “Matches: An Appeal” – the very 1st animated movie; comprising ‘puppet’ matchsticks – was made encouraging London’s audience to send matches to British troops fighting the Boer War via the matchstick-manufacturing company Byrant And May.

This technique of shooting frame by frame of an inanimate object slightly repositioned for each shot so that it appeared to move in a film is shared in principle by the first animated cartoon “Humorous Phases of Funny Faces”. Shot in 1906 by newspaper cartoonist J. Stuart Blackton, his line drawings of 2 faces on a blackboard came to life, smiling and winking, through time-lapse and hyper-lapse filming his sequential drawings.

Yet to this day, cinema audiences only get to see the animators’ names bringing all forms of animation to life in the credits that roll at the end of the film. Filipino Victor Balanon has had such a faceless career with a major Japanese film company once; producing innumerable hand-drawn illustrations required for an animation.

A tribute to all who still tirelessly toil to animate films bringing us great joy, his single-channel video projection with sound “The Man Who” thus stop-motions, time-lapses and hyper-lapses an animator at his desk sketching his sequential drawings; all interlaced with live as well as staged footage, text frames and inter-titles as a respectful nod to the low tech technologies used in the very early hey days of cinema – the silent movie era; when artificial light, fire effects and low-key lighting to darken most of the frame were introduced and the audience’s experience was further enhanced by live orchestras, theatre organs and sometimes sound effects.

These basic essentials of light, shadow and sound in a filmic image are deconstructed by Singaporean Jeremy Sharma’s horn speaker-ed metal rack mounted lightbox system “A White, White Day”. The installation transforms 8Q’s gallery space into an atmospheric rendition of a theatre projecting an abstract play of flickering scintillating illumination controlled by video data taken from the 1959 Cathay Keris’ “Victim of Slander”; degenerating a cinematic mimesis into fitful unstable incandescence that consigns a Singapore that no longer exists to characteristically blurry memory; thereby highlighting the importance of conserving films as a contingent means to visually archive societal history.

Even if it means doing the scandalous of digitizing them to prevent us from forgetting or mis-remembering what we once longed for, represented a la Cambodia-based Cambodian-American Amy Lee Sanford’s “Scanning” – a single channel video of her repetitively Xeroxing 250 sheets of onion-skin thin papered letters exchanged between her adopted American mother and Phnom Penh-based biological father during the 1970 to 1975 civil war under Lon Nol’s reign that had led to the Khmer Rouge occupation of Cambodia.

Especially since 70% of American silent films produced in the late 19th and early 20th centuries were accidently lost in fires, had their nitrate base badly deteriorated, or – most significantly – were destroyed decades after their theatrical runs to free up storage space; having erroneously been deemed of little cultural and economic value.

Making one to wonder if the memories of culture long past, as encapsulated in film is in any way more real or simulated than the visually vivid memories held by a home video snippet captured on and shared via our smart phones and left in the Cloud, like those reeled out in Thai and American duo Korakrit Arunanondchai and Alex Gvojic’s “There’s a word I’m trying to remember, for a feeling I’m about to have (a distracted path towards extinction)”.

Is fiction ever real? Is knowing that we are home videoed rendering the filmed incidents any less fake? After all are we not guilty of deciding on posting and sharing only clips that make ourselves and loved ones socially look good?

Additionally, that sound had been crucially used even during the epoch of silent films speaks volumes to why it remains a crucial element in our contemporary total movie experience. Singaporean Sarah Choo Jing’s 2-channel video “Wear You All Night” deliberately uses a soundtrack of strident noise of gunfire and artillery derived from war zones to insistently direct our emotional interpretation of the male and female protagonists’ occupation of the same domestic narrative in lux interiors but trapped within separate camera frames as that of lovelorn characters within a claustrophobic ambience typical of a Wong Kar Wai film.

Like a commercial for luxury merchandise, Choo’s contemporary film-set has a realism absent from the far cry represented by the 1890s to 1960s movie world’s film-making studio sets. Singaporean Ming Wong gives an affirming nod to those decades of making motion pictures with his “Making Chinatown”, a mixed-media installation of huge wooden backdrops printed from stills from Roman Polanski’s 1974 classic “Chinatown” on which a 5-channel video of Wong playing all this film’s characters is projected; turning 8Q’s gallery space into an almost bona fide makeshift malleable studio backlot.

In turn, the Vietnamese The Propeller Group’s “AK-47 vs. M16” and “AK-47 vs. M16, The Film” pay fitting deference to the indispensible props that equally make or break a movie by showcasing them as the main stars of both single channel videos.

The 1st features the Soviet-made AK-47 and the American M16 through scenes from Hollywood films, documentaries, news reports and found internet-footage sliced and spliced to intensify both weapons’ use to kill and maim; relegating the human actors wielding them to the ‘invisible’ position of mere props.

The 2nd ups the ante by featuring only these mean machines themselves by filming in real time the collision of a bullet fired from the AK-47 with that from the M16 within a block of resultantly flailing and recoiling ballistic gel the artistic group uses to simulate the consistency of human flesh.

The mesmerizingly absolute attention-grabbing captured effects of this smashing slam-bang clash begs an answer to whether the media attention and pay packets commanded by present Hollywood actors are deservedly warranted over other segments of the US movie industry’s workforce, especially when all they are paid to do is memorize and regurgitate dialogue scripted by infinitely more talented script writers.

Is it any wonder Southeast Asia continues to pay its actors sensible salaries… to keep egos from over inflating?

Dwell on this and cinematically more at “Cinerama: Art And The Moving Image In Southeast Asia” running at SAM at 8Q, 8 Queens Street, Singapore 188535 till 18 March 2018.