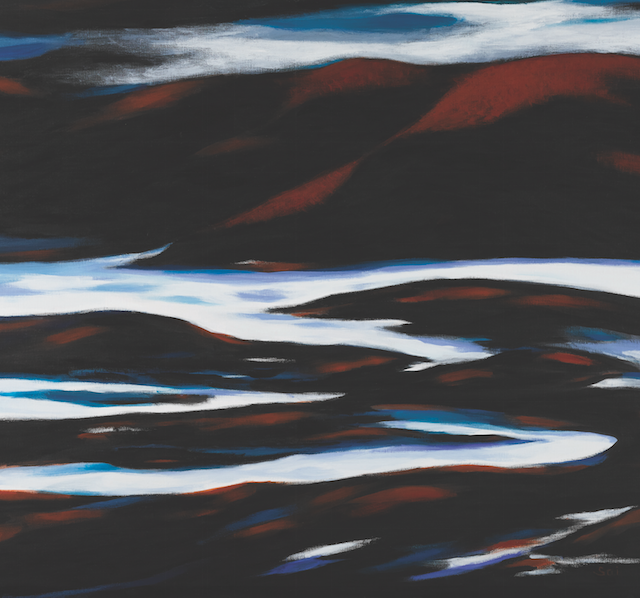 While Venice comes automatically to mind for many at the mention of Italy; especially in relation to its reputation as a city for lovers, I think of Rome; with its ancient ruins, like the Colosseum, the Pantheon and the Roman Forum, intricately woven into its contemporary fabric; with cafes, street markets and baroque fountains in countless piazzas bustling with life. Ahhh… Rome has soul.

And in defence against quick stereotypical perceptions of my Singaporean identity, I shall emphasize that the Daintree Rainforest in far north Queensland is imbued with rich depths of soul too. Its highly complex ecosystem carries to this day native Australian flora that have lived comfortably without reason to evolve over the last 110 million years – a leisurely walk through this UNESCO World Heritage Site is thus a magical trip back time memorial; especially when you chance upon the Southern Cassowary, which hails from the era of the dinosaurs.

As does Bali, fondly dubbed by its billions of visitors as the Island of the Gods. And nothing comes closer to capturing this soulful essence than does Han Sai Por’s latest artistic creations currently exhibited at The Private Museum.

A result of this well-established Singaporean sculptress’s participation in Yaysasn Bali Purnati’s Artist-in-Residence Programme, her acrylic-emboldened canvases reveal that Indonesian isle’s profound impact on her stylistic imagination – Han has been spiritually moved to set aside her usual trademark chisels and hammers in favour of the humble paintbrush.

Yet despite painting amply forested majestic mountains, rolling hills and commanding cliffs, and evocative rice-laden padi fields; with an eye for their tranquil lakes and sublime seashores; none of Han’s works in bold brushstrokes offer the slightest hints of green – restful or otherwise!

Rather there is a persistent melding of a myriad of dominant blues with rich browns and rustic crimsons, pitch blacks, and purifying whites – all subtly crested with hints of royal purple – colours of Bali’s very soul.

After all, the Hindu god Shiva is worshipped by all Balinese as creator, preserver, destroyer, revealer and concealer of all that is quintessential to their island home – a Shiva who smears his blue skin with black volcanic ashes that represent the end of all material existence; a blue god with a blue aura of all-inclusive energy emanating from within.

Shiva’s ashes fertilely blend into the brown earths to bring about nature’s continual rebirth after each volcanic eruption by Mount Agung; each renaissance enshrined unto the Hindu god Brahma, born from a lotus emerging from the navel of Shiva – a pristine white flower symbolizing the Supreme Reality; the heart of all things and beings in the universe; and the purity of its creative power transcendentally acknowledged by the comforting certainty ablaze by the rise and setting of the fiery sun.

This Brahman of Brahma and Shiva is the ultimate formless metaphysical reality and cosmic soul in Hinduism – the primary religion encapsulating all aspects of life in Bali. Thus Han’s paintings are a homage to the mystic spirit of this place – one that goes far beyond that paid by the art created by Singapore’s pioneer artists Cheong Soo Pieng, Chen Chong Swee, Chen Wen Hsi and Liu Kang, despite resulting from their historic Bali field trip in 1952.

While that faithful expedition, more than six decades ago, by the four undoubtedly birthed a visual expression that was Southeast Asian, with all its ritualistic, experiential and decorative nature of this region’s art, their focus on painting the islanders going about their religious and day-to-day living in their traditional ceremonial and daily garb never enlightens us to why the Balinese live the life they do.

And we remain clueless till we dwell upon Han’s symbolically hued representations of Bali, in all its natural primal and raw essence; experienced only if you get off the beaten track, and take the extremely bumpy ride; or physically trek; along the seldom used muddy dirt tracks deep into the enchanting forests, up the steep majestic volcanic mountains and cresting the slumbering seashores. Her art is, thus, about the vital life Brahma and Shiva breathe into the “Secret Landscapes” that persist in shaping the daily choices made by the Balinese to this day.

Han’s attunement to the magical island’s fundamental core taps deep into what profoundly defines all her art – a deep love for nature grounded by her early years in Singapore; living surrounded by the jungle, the forest and wild life.

Little wonder the only stone sculptures her Bali trip has inspired her to carve are of two coconuts, in black and in white. While symbolic of the Balinese’s time-honoured belief of rebirth into a new purity, their pure feminine curves are a reverence Han gives to the reminiscing she indulges of her childhood in her tropical merlion city; where economically stressed circumstances meant home was a makeshift shed made by dad from junk wood and coconut leaves. And her toys were plucked leaves and flowers, along with wood he had chopped and seashells collected from the beach.

Nature was, and remains, her ‘home’ mentally and spiritually. In essence, then, these sculptures and her acrylic paintings bare more than Bali’s spiritual soul – Han’s is as mystically revealed.