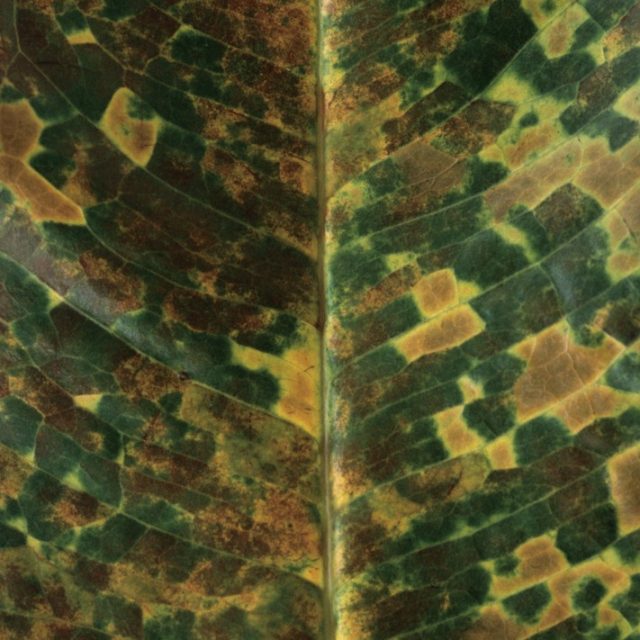 In 1996, Singapore-born Simryn Gill’s “Forest”; a series of large black-and-white photographs that documents temporary installations in which she also ‘seeded’ a mangrove swamp, a beach and the garden of her family home; visually reversed the colonial discourse of the mastery of ‘culture’ over ‘nature’ as her ‘seeds’ were cut-up texts shaped to mimic botanical forms like leaves, twigs and hanging roots; with the text fragments taken from books like Daniel Defoe’s “Robinson Crusoe”, Charles Darwin’s “The Origin of Species” and Joseph Conrad’s “Heart of Darkness”.

Her sentiments are reflective of those born, like her, in Malaysia during the late 1950s (of which Singapore was part of then), when Asians living in this region were determined to attain self-rule from the British. The “Jambu Sea, Jambu Air” she published in 2013 attests to the fact that she still cherishes Malaysia’s current independence.

This book consists of close-up photographic images of variegated samples of leaves of the jambu laut, ‘sea apple’ in Malay. A common native to Malaya’s rocky and sandy shores, it is now a much-planted roadside tree in the south of Peninsula Malaysia. As such, Malaysia’s independence can be inferred as synonymous to a harmonious return of nature to the enduring cultural fabric of the country’s social community.

How then do we interpret Gill’s 2015 work with yet again the sea apple? Her “Like Leaves” is a new series of hundreds of fallen jambu laut foilage she had picked up in her hometown – Port Dickson in Malaysia – which she then trimmed into little tidy squares and left to dry naturally as they are displayed in an orderly pixel-like arrangement in 2 galleries in Gillman Barracks.

As they dry up, the leafy squares will go from fading shades of green to muted browns as their edges simultaneously curl up. Evidently, Gill wishes us to witness first hand the process of decay. And this notion of the finality of impermanence is further emphasized by her decision not to photograph the process: photography would have given eternal life to each moment of decomposition.

What is also emphasized is our close-up focus on the individual leafy squares: each with a unique arrangement of chlorophyll cells fed by an equally distinctive network of hair-like veins. Their formation of patterns is each as diverse as there are different fingerprints within Malaysian society today.

As such, in its solo exhibition at Michael Janssen Gallery, Gill appears to be celebrating the persistent diversity of race and religion existing in this region in South East Asia despite the inevitable mortality of each and everyone living there.

But taken in the context that “Like Leaves” is also displayed alongside her triple series of photographs, “Standing Still”, “Dalam” and “May 2006” in her concurrent “Hugging The Shore” exhibition in the Centre For Contemporary Art Singapore (CCA), Gill’s theme becomes transformed into a question that relates time with possible destruction.

That is due to “Standing Still” being pix taken between 2000 and 2003 in Peninsula Malaysia of incomplete buildings abandoned with the Asia financial crisis of 1997 and complete ones vacated since the colonial era and the Japanese Occupation during World War II.

And “Dalam” are snapshots of living rooms and kitchens in actual Malaysian homes in 2001 – revealing the secret desires and aspirations that are kept hidden by the people who live in them, and thus questioning the strength of social integration in a country comprising a rojak of immigrants and indigenous Malays.

Moreover, this concept of whether there is a good fit between immigrant and host country takes a personal angle as Gill’s “May 2006” captured on black and white films the neighbourhood she also calls home for 10 years 8 years ago: Marrickville, in greater Sydney down under.

“Like Leaves” in the CCA exhibition then binds all these 3 narratives together within our contemporary more globalized world: with time, what is once treasured may be abandoned or modified by introduced factors, even when they attempt to fit in, and perhaps not always for the better for all or some concerned?

Hence, these 2 simultaneous exhibitions at Gillman Barracks reinforce the highly interpretive nature of viewing art: the lenses we bear upon each work give each of us an appreciation uniquely our very own.

Pray tell: what do you personally make of Gill’s “Like Leaves”? :