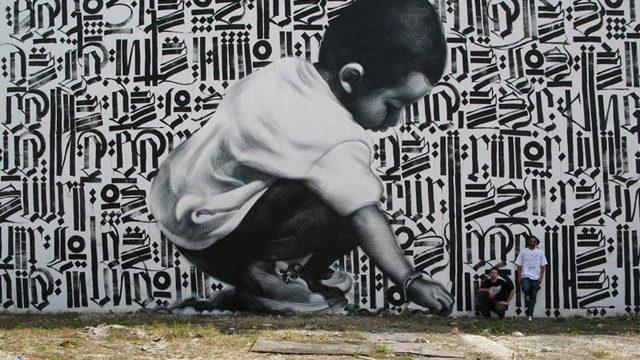 Competing for attention with the polished and clean lines of Singapore are the arresting, profound and symbolic murals scattered around the city.

The city has succeeded in achieving the perfect of awe inspiring art pieces, without over-crowding the limited open spaces. The nation’s austere and disciplined artists have a lot to do with the classical, tasteful and strategic placement of wall paintings. Aside from the paintings that can be viewed in the Singapore national gallery, the streets are also teeming with artistry.

One of the most renowned murals of Singapore is the historical symbolist Changi Murals. The five paintings were created between 1942 and 1943, and are considered national heritage to arts and relics of the Second World War. All scenes depict key Christian events, which were rendered by a British soldier Stanley Warren, imprisoned by the Japanese army in the Changi Military Base, where the paintings were done. He later returned to Singapore for the restoration of his work. Replicas of the murals are displayed at the Changi Chapel and Museum. The five paintings are;

Other notable murals in the city are:

Tribute to Street-Side Hawker – The brightly colored painting depicts the lively street life of Singapore. It created national identity among the “ordinary” citizens as the picture integrates the multi racial heritage of the nation.

Story of Radin Mas – Completed in 2010, the painting depicts the sad life of Radin Mas, who was killed early in life. The painting is a collective work of more than 200 people, led by Singaporean Gladys Teo and German Jan Kolster.

Mint Museum Mural – The child-friendly museum is heralded by Krusedulle or doodles in Norwegian. The five-panelled masterpiece that depicts toys and children was rendered by Einstein Kristiansen, a Norwegian.

Chijmes Mural – This very symbolic mural that stretches to about 125 meters and is assumed to be the longest in the country depicts a lion and the struggles of journey. The lion is the symbolic creature of Singapore.

Baharudin Vocational Institute Mural – When the first art school of Singapore finally acquired its own building, they aptly decorated a side of the building with a green, white and black mural that depicts art in its various form and relevance to society.

2 Comments on “Street Murals in Singapore”