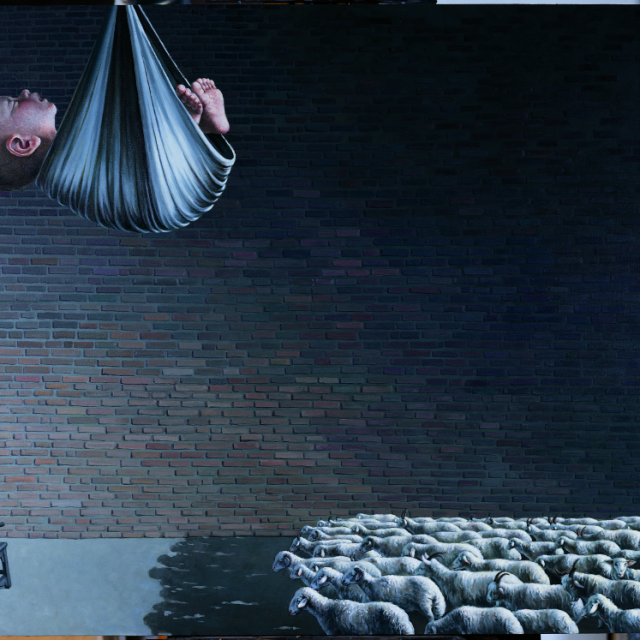 We have all heard about the effects of China’s 1 child policy: in the culturally driven bid to have a son, daughters born are sometimes killed or, at best, anonymously abandoned in orphanages to face the bleak prospect of growing up there. To this day, who amongst the Hans would willingly adopt a girl?

Given the country’s bias that favours sons, an orphaned baby boy must surely be highly prized by main land Chinese childless couples? And that was truly the case for Zhang Lin Hai. Born in Shanghai in 1963, the city’s home for orphans had quickly found him foster parents within the year.

Unfortunately, the promising future was short lived. Though the man and wife treated Zhang kindly, he was being raised during the Cultural Revolution: his adopted father was a man of letters and married to a woman from a family who owned lots of land. Thus both were sent to correctional institutions. As such the very young Zhang witnessed 1st hand the period’s devastation and cutting cruelty of human persecution.

Moreover, life in a small village, near the Tai Hang Mountains, in She County remained hard. They could not get by on just the wages Zhang’s father received as an indigent farmer. His mum had to contribute to the household’s finances by making handicrafts.

Even then, poverty was not the final blow: Zhang was a sickly child – suffering from various illnesses, including polio at the age of 4. It left him with a crippled leg and hand: and when Zhang, as a young man, attempted to fix his obvious limp through surgery, it not only failed, it further weakened his overall health. The consequence was a life that was half spent convalescing in bed.

That, coupled with being financially impoverished, firmed his resolve of not dating the girls who had caught his eye till he was on a better footing economically. He would rather endure the loneliness that came with that resolve.

With such grievous circumstances, Zhang, at age 17, unsurprisingly succumbed to his deepest desire to escape his rural settlement: he ventured into the city of Handen, and eventually, acquired his interest in painting while pursuing a degree in engraving from the Tianjin Academy of Fine Arts.

Zhang quickly developed his oeuvres, which has lasted to this day – a signature depiction of bald young boys boldly wandering through, or flying over, an arid wasteland or countryside village. The scenes explicitly articulate the accumulated melancholic, fearful, escapist, bemused and shell-shocked feelings that have haunted him since birth.

By using a repeated arrangement of his motifs, his oils entwine the touch of sadness with nostalgia and alienation as well. Yet both are not birthed from only witnessing the devastating changes within China. They must also be crouched within the unbearable certainty that he, despite being a son, had been forsaken by his birth parents.

And the love he had received from the wedded pair who had given him a home was just not enough to fill that aching void: his paintings are always of lonesome male children alone, regardless of the accompanying landscapes.

So despite having childhood recollections of only outside of Shanghai, his canvases clearly reveal that he does not belong to the country community of his boyhood. Yet, while his artistic aspirations and development have brought him back to the shores of the Bund, he questions whether his roots are in his birthplace. And what of his future?

Still, Zhang’s quiet and subtle style conveys a resolute strength that dabbles in surrealism with the poetic sensibility of classical Chinese painting. With an engraver’s eye, he imbues his works with blocks of simple but bold colours that imply a sliver of hope: his art are this modest and sensitive man’s attempts to make peace with himself.

That he has achieved a degree of success in this endeavor is reflected in some of his more recent paintings – animals symbolic of his dystopian views of Chinese civilization have replaced the child as subject matter.

Come to grips with Zhang’s and China’s inner demons: his solo exhibition, “Sandbox Series”, is at MoCA@LOEWEN, 27A Loewen Road, Singapore 248839 till 31 May this year.